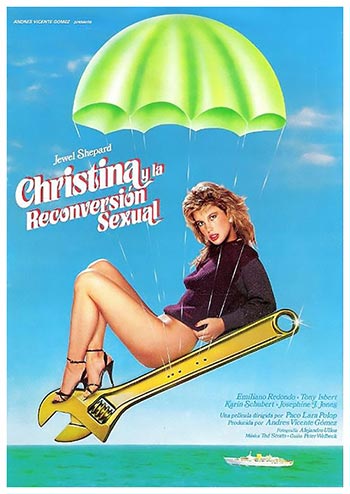 Christina Von Belle (Jewel Shepard) is a wealthy young heiress known as “The Playgirl Of The Western World”. She is also beautiful to look at and has (as we soon discover) a ferocious sex appetite. (Un)fortunately she is kidnapped by an evil gang of lesbian-commandos (!), led by no other than ex-mainstream-turned-adult starlet Karin Schubert, who take on the difficult task of satisfying Christina’s carnal yearnings. In the meantime the kidnappers also demand a large amount of money from Christina’s family.

After a series of steamy action scenes Christina finally manages to escape the lesbian-commandos only to fall into the hands of a second gang of gourmet chefs who not so surprisingly want a piece of the ransom as well.