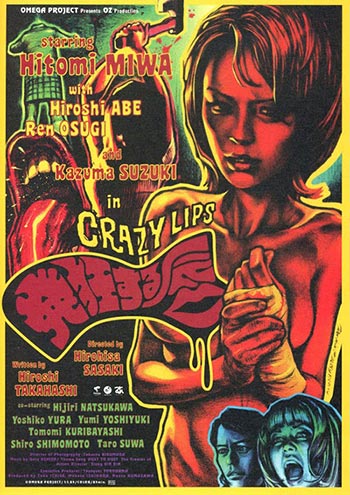 After her brother is accused of murdering four people, his sister, desperate to prove his innocence, goes to a psychic for help. The price they ask, however, is far more than she expected, and the answers they give her are nothing she could ever have imagined. And what is the FBI doing investgating a murder in Japan?

‘Crazy Lips’ starts off like a serious horror film…but grows progressively strange as it moves on. Lots of sex, gore, kung-fu and off-key musical numbers are thrown in. It’s a twisted film, made by twisted minds for twisted audiences.

If you like exploitation, trash cinema or just plain bizarre movies, then you won’t find anything better than this little cult gem.