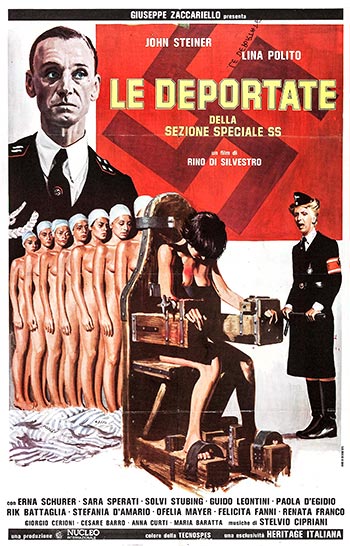 Young women in Nazi-occupied countries are packed onto a train and shipped off to a prison camp, where the sadistic commandant uses them as rewards for his lesbian guards and perverted and deviate troops.

With pretty good production values (for a film of this type), and an uncomplicated story that manages to tick most of the ‘concentration-camp cinema’ boxes (humiliation and degradation of the prisoners, multiple shower scenes, torture, lesbianism, rape, and murder), director Rino Di Silvestro ensures that fans of this kind of fare don’t go disappointed.