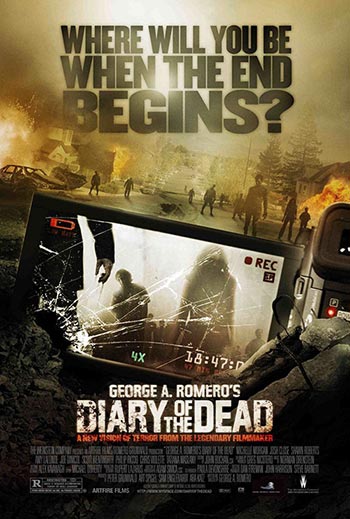 The dead are returning to life to feast on the flesh of the living. As civilization dissolves in this nightmare scenario, a group of college students travel across Pennsylvania in hopes of finding refuge at their friend’s secluded mansion. Film student Jason (Joshua Close), tapes their journey, and the movie is presented as his footage. The fifth chapter in George A. Romero’s zombie saga that began with “Night Of The Living Dead” features the social commentary the series is known for.