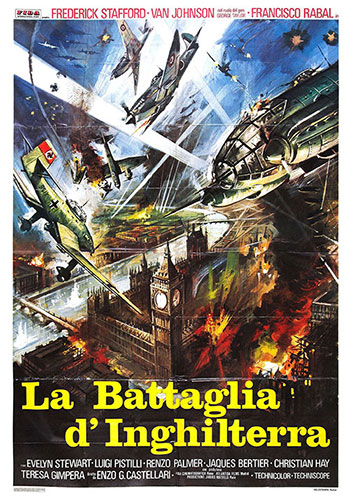 During the Dunkirk evacuation in 1940, a team of German saboteurs assume the identities of dead British soldiers and are transported to England. Their first objective is to cripple British air defences by destroying radar stations. Though the identities and whereabouts of the saboteurs are unknown, a team of British soldiers is set up to track them down and abort their mission. While the Battle of Britain rages overhead, the final confrontation takes place as the German team are about to blow up the RAF Fighter Command control centre.