Eden and After (1970) Alain Robbe-Grillet 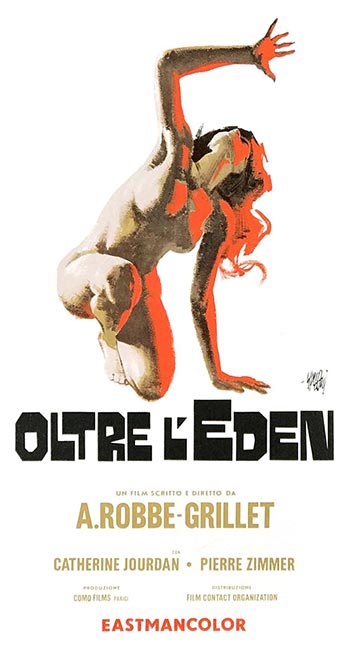 A group of French students are drawn into the psychological and sexual games of a mysterious Dutchman. Once they sample his “fear powder” the students experience a series of hallucinations.

This is one of the horror genre’s most delirious, imaginative, nightmarish and disturbing films ever made, on the same vein of Andrej Zulawski’s “Possession” and, to a lesser extent, Harry Kümel’s “Malpertuis”. Directed by Alain Robbe Grillet (who wrote the screenplay for the equally enigmatic “Last Year in Marienbad”) does not disappoint in creating a suffocating dreamlike atmosphere, as he takes the audience, through the eyes of the protagonist, in a “Alice in Wonderland”-like trip, with a little Marquis De Sade twist.