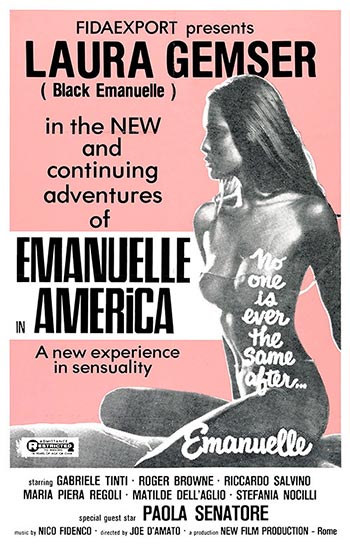 An American journalist travels throughout the world in search of a good story by joining a modern-day harem and traveling to Venice to see what really goes on at diplomatic parties. While trying to expose a corrupt government official, Emanuelle stumbles upon a group that uses kidnapped girls to make and sell snuff films. A brush with death leaves Emanuelle wondering if it is perhaps time to hang up her camera for good.

This is probably about as extreme as exploitation gets (even when compared to such gory masterpieces as Nekromantik and Cannibal Holocaust). What makes it so extreme are that all the images on display as used in the context of sexual fantasy.

The snuff footage is extremely nasty and difficult to watch and again plays to an audience looking for sexual arousal.

All in all a classic in its own right, surely only D’Amato could get away with such a film – hunt it high and low and get hold of a copy now!

You might be disgusted, but you won’t be disappointed!