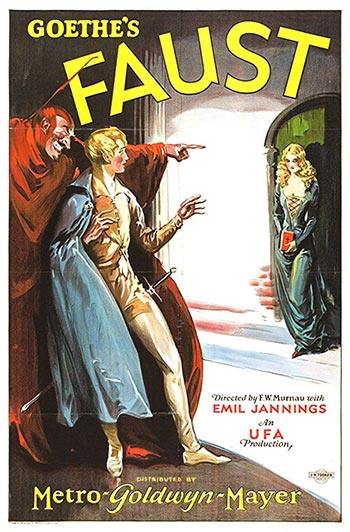 God and Satan war over earth; to settle things, they wager on the soul of Faust, a learned and prayerful alchemist. During a plague, Faust despairs and burns his books after failing to stop death; Satan sends Mephisto to tempt Faust, first with insight into treating the plague and then with a day’s return to youth. Mephisto is clever, timing the end of this 24 hours as Faust embraces the beautiful Duchess of Parma. Faust trades his soul for youth. Some time later, he’s bored, and demands on Easter Sunday that Mephisto take him home. Faust promptly sees and falls in love with the beautiful Gretchen, whose liaison with him brings her dishonor. Is there redemption? Who wins the wager?