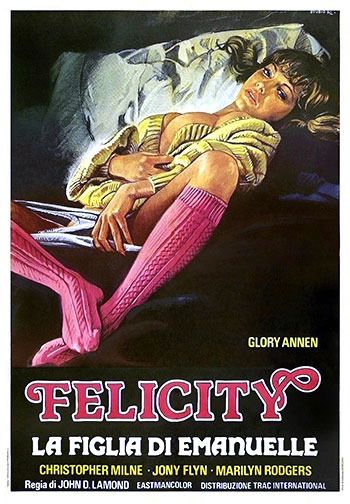 Teenager Felicity studies at a remote Roman Catholic Church boarding school and seeks indulgence in popular erotic novels Story of O, Emmanuelle and in a lesbian love affair with her friend Jenny. Her father arranges her holiday trip to Hong Kong where she will stay with a wealthy couple, Christine and Stephen. Christine organizes a party at their mansion to introduce her to a friend of theirs, Andrew. After the party, Andrew takes Felicity for a ride in his car during which he pulls over and deflowers her. Christine also introduces her to libertine Me Ling. She initiates Felicity to new pleasures. However, Felicity eventually falls in love with Miles who saves her from a bunch of Chinese thugs.