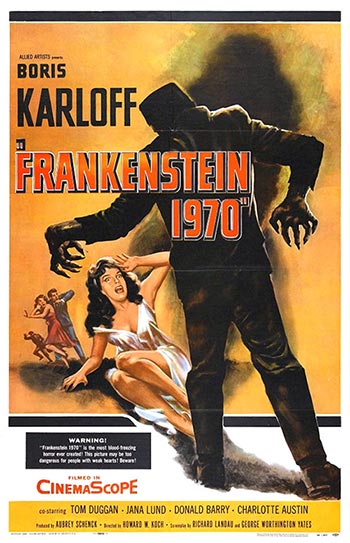 Baron Victor Von Frankenstein has fallen on hard times; he was tortured at the hands of the Nazis for not cooperating with them during World War II and he is now badly disfigured. As his family’s wealth begins to run out, the Baron is forced to allow a TV crew shooting a documentary on his monster-making ancestors to film at his castle in Germany. However, the Baron has some ideas of his own: using the money from the crew’s rent he buys an atomic reactor and uses it to create a hulking monster, transplanting his butler’s brain into the thing and using it to kill off the crew for more spare parts.