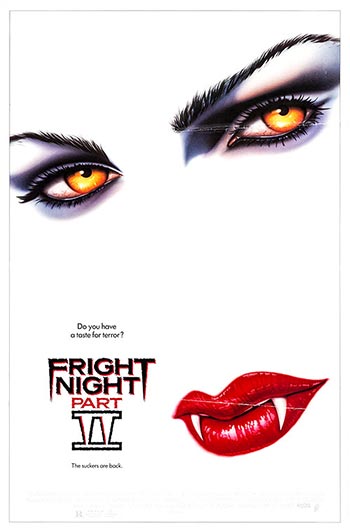 Three years after killing the vampire in the original, Charlie has started to believe it was all his imagination and starts to forget that vampires truly exist – until four strangers lead by Regina, a noted actress, arrives at Peter Vincent’s house and starts to have an unhealthy interest in Charlie, Peter and Charlie’s new girlfriend Alex. It becomes clear that Regina is Jerry’s (the vampire in the original film) sister and she is determined to get revenge on the friends and plans to turn Charlie into a vampire – so that he can face his punishment for all eternity.