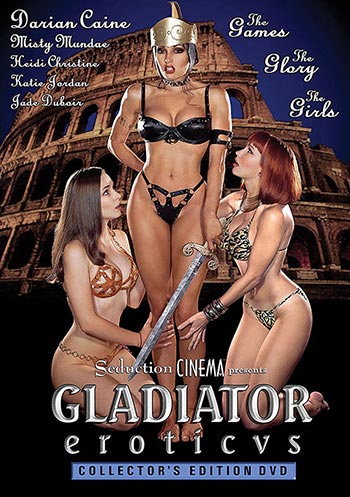 In the year A.D. 69 Roman General Eroticus (Darian Caine)has just vanquished another enemy through a combination of cunning tactics and lesbian seduction. The fading Roman Emperor Gluteus Maximus wants her to lead Rome into a new era of democracy, but his spineless son Dickus Minimus has other ideas. Eroticus is taken into slavery, where she must learn all of the sensual skills necessary to become the ultimate lesbian warrior. Once her training is complete, Eroticus must defeat her sizzling opponents in girl-on-girl gladiatorial combat whilst all the time plotting her revenge.