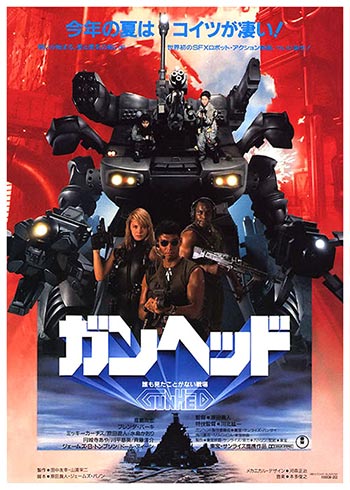 Brooklyn’s smuggling companions are slaughtered, sometimes violently, one by one as they wantonly defy the security systems of the Kyron-5. Babe falls into a vat of green liquid and becomes a cybernetic antagonist. Brooklyn is placed under arrest by Sergeant Nim, who suggests they follow surviving children Seven and Eleven. The Kyron-5 declared war on humanity, and killed most of those living on the island. Brooklyn, a mechanic, must overcome his fear of cockpits and command the Gun UNit/Heavy Elimination Device to the heart of the Kyron-5.