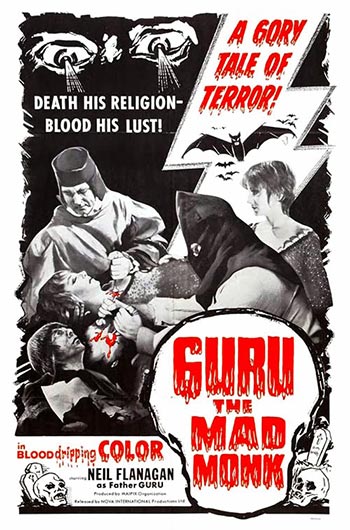 On the island of Mortavia in 1480, Father Guru is the schizophrenic chaplain of a Central European prison whom murders anyone he thinks threatens him including his mistress, a vampire, a hunchback and others. Carl is the jailor whom robs graves for the mad priest and saves one women prisoner, Najia, whom is condemmed to death for infantcide.