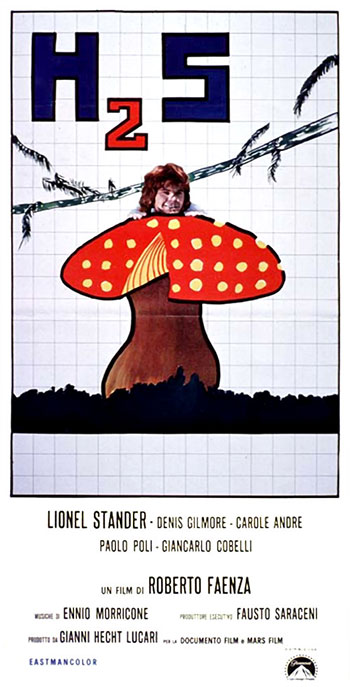 Rarely seen since its original Cinema release in 1968 this surreal futuristic comedy drama is directed by Roberto Faenza whose inspirations from his art college days are clearly displayed here.

Student revolts in a futuristic scientific university see an unusual role for the American actor Lionel Stander, who had previously been cast as the barman in Sergio Leone’s “Cera una volta il West”(1968).

The story is a puzzling one- it begins in London, England where students are controlled by a dictatorship Government where sex is outlawed.

The film was supposed to have been banned in Italy and destroyed, but do they really do that to films these days? Nonetheless, the set designs are truly stunning, especially the second half of the film where the runaway lovers end up living in the Italian mountains in a colourful ‘funked-up’ igloo!