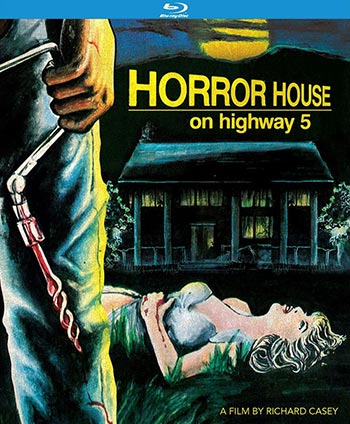 A van full of college students traveling down a highway is terrorized by a psycho killer in a Richard Nixon mask.

Take some college students, put them in a van, throw in a killer in a Richard Nixon mask and BANG! you’ve got an instant classic. The plot includes Nazis, rape, mysterious rooms, and that’s about it. But this is what makes the film great, it’s total ineptness at everything, from creating suspense to scaring the viewer. And the glue that holds the whole film together is the most whacked out, ludicrously insane soundtrack in movie history.