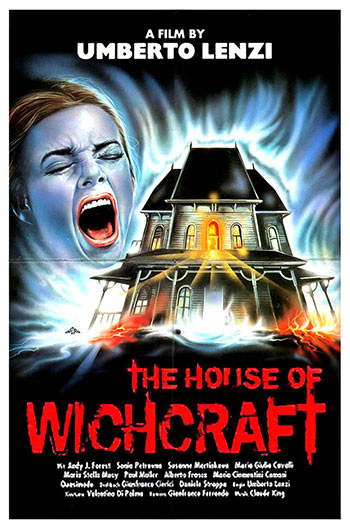 This is one of the two films Umberto Lenzi made for the Italian four part TV-series Houses of Doom, Lucio Fulci helming the others. A young man dreams a recurring nightmare, in which he is running away from someone before he’s reaching an old house, where an ugly old woman boils his own head in a big kettle. His girlfriend thinks it’s good for him to take a few days off and they drive to an old house that belongs to her family. The house is the one the young man always enters in his nightmare…

Even though the production values are rather low-key, this film is really uncanny and sometimes quite disturbing. Lenzi delivers chilling atmosphere, a classic Freudian nightmare and a decent plot about witchcraft and haunted houses. More thrilling than his other film for the series (“La Casa delle Anime Erranti”; Fulci’s two films are “La Casa nel Tempo” and “La Dolce Casa degli Orrori”). In short: This film offers an almost old-fashioned witch story that actually works.