How I Learned to Love Women (1966) Luciano Salce 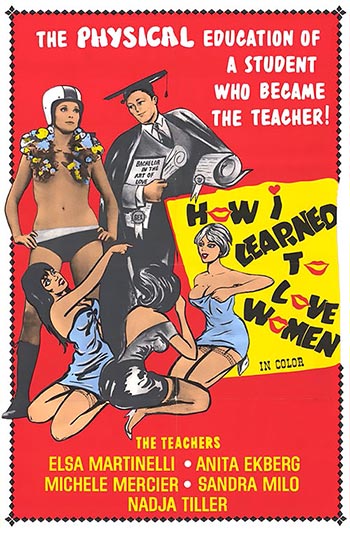 “That Wonderful Girl” (AKA Come ad amare le donne imparai) features a large and renowned cast: Nadja Tiller, Anita Ekberg, Zarah Leander, Erika Schramm and Heinz Erhardt starring in this Italian-German production. The combination fits this sparkling comedy with flying colors: the youthful, beautiful Robert chases out into the world to unravel the mystery of women. In his boarding school the wife of the director gives him his first private lessons in the art of love. Next, he ends up in a car shop where he succumbs to the clutches of an attractive racer (Elsa Martinelli). Then follows a rendezvous on the sofa of a very sexy actress. From woman to woman he spends the 99 minutes in flight – he leaves each behind to search for another adventure to learn a little more about the unknown sex.

Robert recognizes at the end of his journey through the world of women that the female sex is not only different, but actually has a certain something. And this can be terribly stressful. Or, as Heinz Erhardt would say – at once the great comedies of the 50s and 60s are trying to say: “Women are the jewels of creation. One must bear them with composure”.