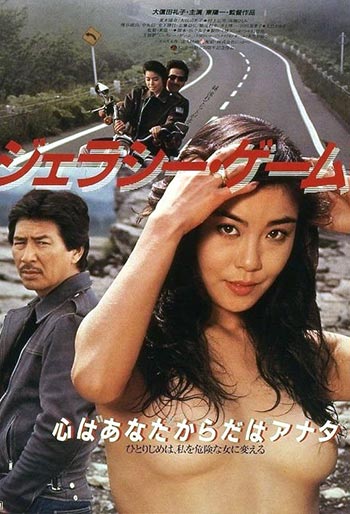 Set in the wilderness of Hokkaido, the story of a couple in their 30s and a couple in their 20s is drawn, and the subtle emotions of the two men and women are depicted with intense Eros and delicate images under the theme of marriage exchange. Casting is a unique Eros masterpiece called Yosuke Natsuki and Reiko Oshinoda for couples in their 30s, and Hiroaki Murakami and Hitomi Takahashi for couples in their 20s. Kaoru Otake of “1982 Clarion Girl” as a guest. The script is Akiko Tanaka of “The Rape”.

The record-breaking hit of “Love Letter” (starring Keiko Sekine) opened up romantic pornography to women, opening up new possibilities as an adult drama with a Western taste. Following this hit, this is an Eros masterpiece commemorating the 70th anniversary of Nikatsu, planned by Director Yoichi Higashi.