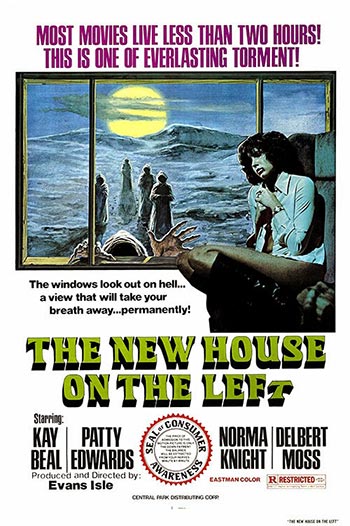 Students Margaret and Lisa are travelling by rail from Germany to Italy to spend the holidays with Lisa’s folks. On board the train, however, are a pair of vicious petty crooks and a sadistic society woman who subject the girls to depraved attacks and eventually kill them. But when the tortuous trio winds up at Lisa’s family’s house, a bloody vengeance awaits them. Sound familliar?

Aldo Lado’s “Night Train Murders” aka “The Late Night Trains” is a “Last House on the Left”(1972) rip-off. Unlike Craven’s shocker this one is very serious-there is no comedy here. The film is extremely suspenseful and pessimistic. For thirty minutes Lado creates a slow burn of quiet menace, eventually uniting very sadistic Macha Meril (she played the psychic in Argento’s “Deep Red”), two thugs and and the two girls (Irene Miracle and Marina Berti). When the terror begins, it’s cold and unmerciful. The scenes of sexual humiliation and violence are pretty hard to stomach, even though they are often suggested off camera or hidden in the darkness of the train carriage. The knife rape scene is very disturbing. The score by Ennio Morricone is extremely beautiful and haunting. The acting is very good, particularly from Macha Meril. If you like sleazy and nasty Italian cinema give this one a look.