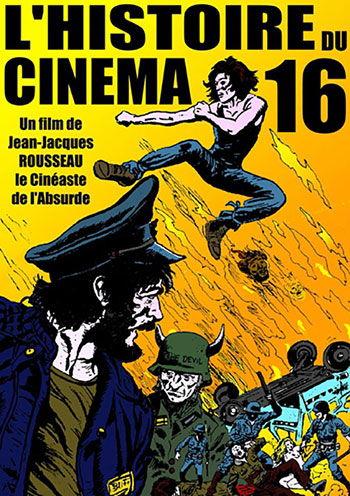 Jean-Jacques Rousseau has just finished his last film, shot in unworthy conditions. He is preparing to show it to the movie critics of a local newspaper. The filmmaker launches the first images but these reveal all the problems that a non-professional filmmaker may encounter.

Jean-Jacques Rousseau was a Belgian absurdist independent film director. He shot his films with very small budgets (€2000 to 2500 per film) and used unknown or non-professional actors. He called himself the director of the absurd and always fiercely protected his anonymity by masking his face during his public appearances. He shot over 50 films making him one of Belgium’s most prolific film directors.