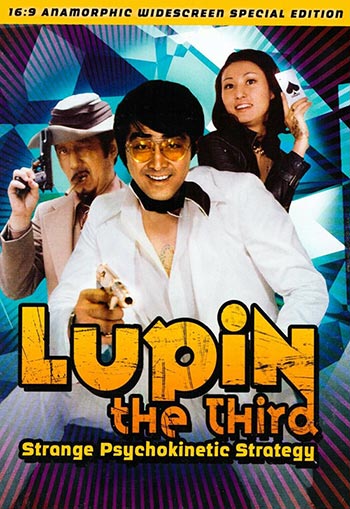 This Lupin the Third movie is set before he meets Daisuke Jigen, Goemon Ishikawa, or Fujiko Mine. It starts out with Lupin meeting a cute girl, who’s on her way to being locked up. Lupin busts her out, only to be left behind. He later encounters Daisuke Jigen, who desperately wants Lupin to reincarnate the Lupin empire. Lupin also later (again) meets Fujiko, wanting expensive jewelry and promising Lupin a “worthy prize”. He must do this (well, if he wants Fujiko that is) while avoiding being killed, and while deciding if he really wants to take over the Lupin empire.