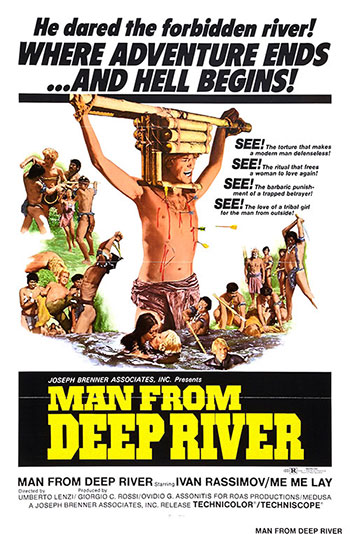 Audio 3: Commentary with Calum Waddell, Director of
Eaten Alive! The Rise and Fall of the Italian Cannibal Film

A photographer on assignment in the rain forest is ambushed and held slave by a primitive tribe, until the chief’s daughter chooses him as her groom. After being initiated by various tortures, he becomes a part of the tribe and helps them against modern dangers and a cannibal tribe they’re at war with.

This is a earlier film directed by Umberto Lenzi in 1972. This is also considered to be the first of a series of many cannibal films.