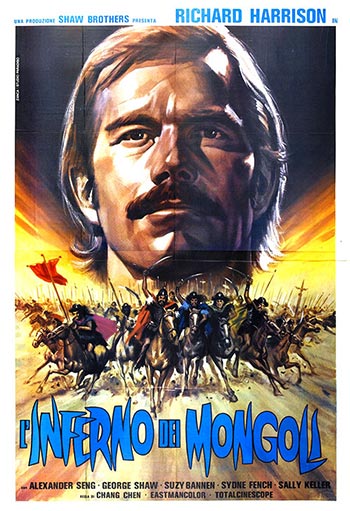 Set at the time of Italian explorer Marco Polo’s historic expedition to China ,during the reign of Monogol ruler Kublai Khan, it stars American actor Richard Harrison as Polo. Taking considerable liberties with the historic record, the film has Polo turning up as an Imperial Inspector assigned to root out Chinese rebles in the south, but eventually being won over to their cause.