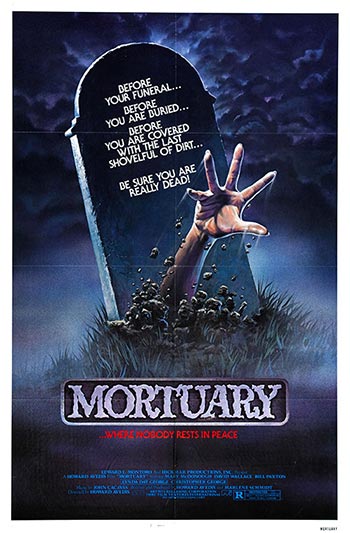 Christie Parson has constant nightmares of her father’s death whom died in a swimming pool. Christie’s mother thinks it was an accident, but Christie believes in was murder. Christie then sees a sinister hooded figure following her and harassing her. But still nobody believes her, except her boyfriend. Who is this hooded person actually?

Fairly decent slasher flick with several jolts of suspense and gruesome deaths. Not a lot of blood and gore, but plenty of breasts both living and cadaver to enjoy. The ending is kind of quick after all the build up, but it is also pretty surprising. Fans of early 80’s slasher flicks should give this one a try.