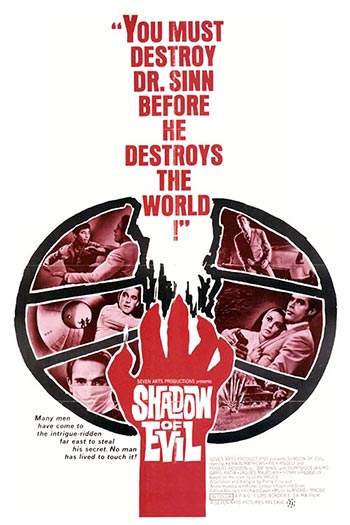 A secret agent sets out to stop an evil scientist who is about to unleash on the world a virulent biological strain he has developed during experiments on rats.

Very sympathetic piece of French “cinéma-bis” as well as French “popular cinema of quality”. The color photography of Bangkok using FranScope – equivalent of the CinemaScope – is wonderful and one is always surprised to check how this city has changed since 1964 : amazing shots of Shilom, and of the first “car behind car” streets in the center. Hunnebelle shots all the aspects of Thailand with a sure sense of good filmaker : jungle, city, lost temple. As for the genre, it is a subtle mixing of spy movie, horror movie (Robert “LE VAMPIRE DE DUSSELDORF” Hossein is amazing in mad doctor), erotic movie (Pier Angeli & Dominique Wilms are beautiful). Kerwin Matthews is “honorable” though maybe a little less “à l’aise” than Frederick Stafford in the leading role.