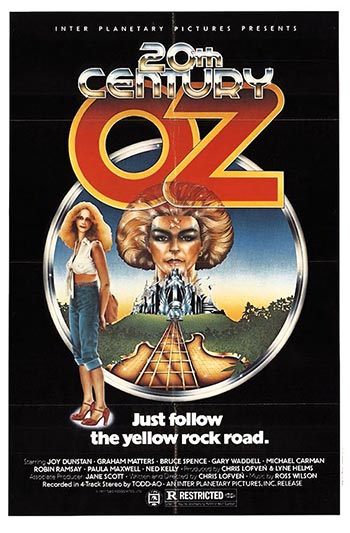 Dorothy is a sixteen-year-old groupie riding with a rock band when, suddenly, the van is in a road accident, and she hits her head. She wakes up in a fantasy world as gritty and realistic as the one she came from and learns she killed a young thug in the process. A gay clothier called the Good Fairy gives her a pair of red shoes as a reward to help her see the last concert of the Wizard, an androgynous rock singer. She is pursed by the thug’s brother who attempts to rape her on several occasions. She also meets a dumb surfer, a heartless mechanic, and a cowardly biker.