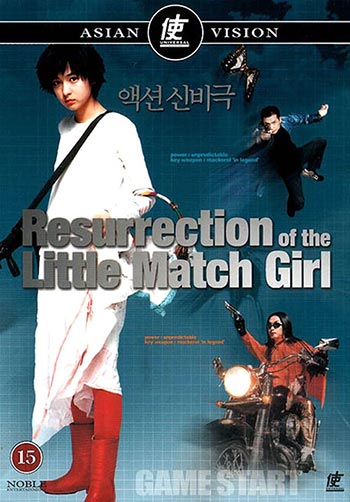 To Chinese restaurant delivery boy ‘Ju’, the only joy in life is spending time at the electronic game room. One day, ‘Ju’ who was engrossed in an electronic game as usual, is advised to log-on to a game called RESURRECTION OF THE LITTLE MATCH GIRL. The match selling girl of Andersen’s fairytale is revived through the game, and ‘Ju’ is drawn into the little girl’s virtual reality. As reality and cyberspace interchange, ‘Ju’, like in the famous fairytale, is given the mission to save the little girl from danger and lead her to a peaceful death. However, the two are not only confronted by a gigantic force called the System, that attempts to stop them, but other obstacles that place their lives in danger…

Resurrection of The Little Match Girl (2002)