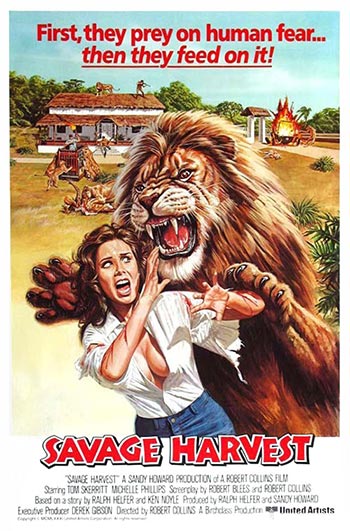 A hard times of drought in Kenya. A white family lives on a desiccated plantation. Suddenly the members of the family and their African servants are attacked by a pack of starving lions. The fight for survival begins. It’s up to Tom Skerrit to save them from predatory death…

”Savage Harvest” is a tense and exciting animal attack horror with several truly realistic lion attacks. The death scenes are quite nasty and the acting is believable. The script pretty much resembles “Night of the Living Dead” with people trapped in the building and hungry lions hunting for their meat.