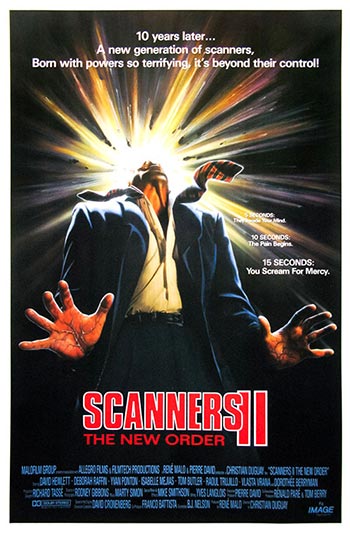 Good and evil scanners combatting when a crooked politician schemes to gain control of a major city. Scanners are people who, because their mothers had taken a certain drug during pregnancy, have acquired telepathic powers. One scanner escapes from a mental center and is hired by the politician to use his powers to gain control of others minds, and then, their actions.