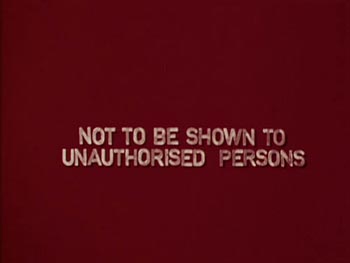 Presented as found footage à la The Blair Witch Project, this chilling and provocative fake home movie presents the story of three dissidents and their plan to commit a revolutionary act on film. Will Knightley (father of Keira) plays one of the guerrillas who kidnap and torture a cabinet minister. Tony Bicât and scriptwriter Howard Brenton explore the consequences and co-option of political violence with hard, grubby directness. Pre-punk in its semi-nihilistic attack on bourgeois values, this is strong stuff.