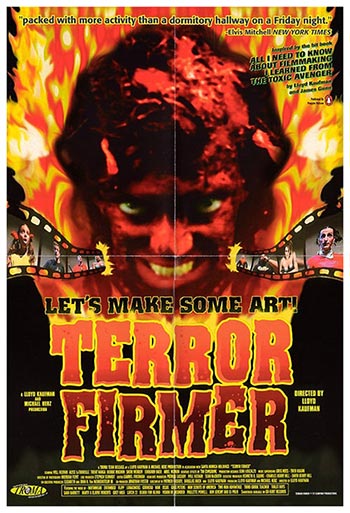 This is the story of a low budget film crew, led by their blind film director, Larry Benjamin (Lloyd Kaufman/co-founder of Troma Inc.), trying to make some art. In addition to the typical trials and travails of a Troma set, the crew finds themselves set upon by a sexually conflicted, bomb bearing serial killer. Production assistant Jennifer (enchanting Alyce LaTourelle) struggles to succeed on set and to decide between the two men in her life – straitlaced Casey (Will Keenan) and over the edge Jerry (Trent Haaga). This threesome heats up as the killer draws even nearer. As the insanity increases and the bodies amass, the crew bands together (both physically and sexually) against the threat in their midst.