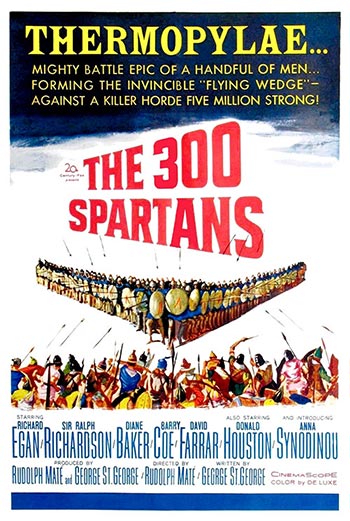 Essentially true story of how Spartan king Leonidas led an extremely small army of Greek Soldiers (300 of them his personal body guards from Sparta) to hold off an invading Persian army now thought to have numbered 250,000. The actual heroism of those who stood (and ultimately died) with Leonidas helped shape the course of Western Civilization, allowing the Greek city states time to organize an army which repelled the Persians. Set in 480 BC.