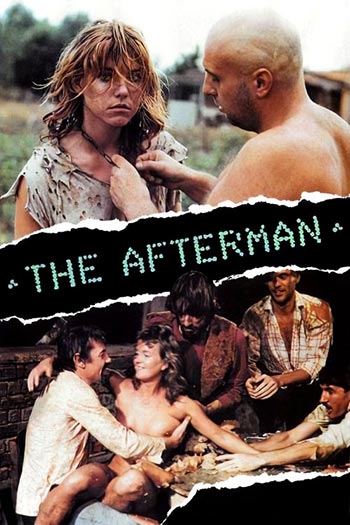 “The Afterman” is about a guy who lived alone in an atomic fallout shelter after the A-Bomb was dropped, so he can’t read, write or speak. 20 years later the shelter opens and he wanders into a barbaric world full of sex and depravity. The film is done completely without dialogue and it offers some wall-to-wall sleaze including graphic nudity, homosexual rape and forced blow-job.