The Altar of Lust (1971) Roberta Findlay 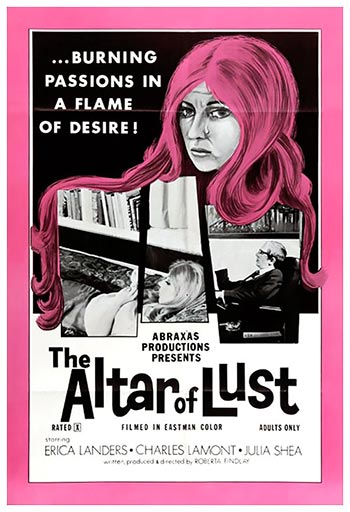 A sexually confused young woman in a session with her psychiatrist relates her tale of coming to New York City from Sweden after being raped by her stepfather, falling in love with a young man named Don and then realizing that she is finding herself attracted more and more to women.

Cited as her first solo movie, made without the collaboration of hubby Michael (who merely helps out in the narration as the voice of a shrink), THE ALTAR OF LUST is also interesting as a transitional film memorializing the switchover from softcore to hardcore in adult cinema.