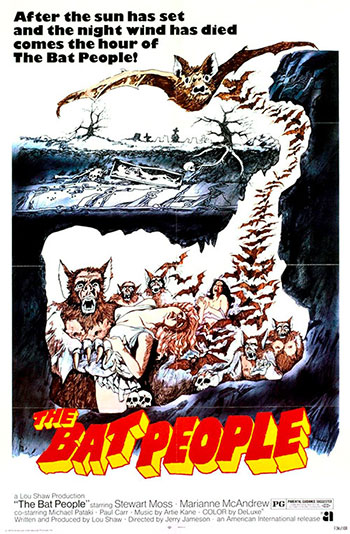 A scientist is bitten by a rabid vampire bat while honeymooning in the desert, thereby transforming him into a vampire-like creature (well, really more of a “were-bat”) and forcing him to go out on nightly blood-drinking binges.Originally released as It Lives By Night, The Bat People features special effects work from the pioneering Stan Winston.