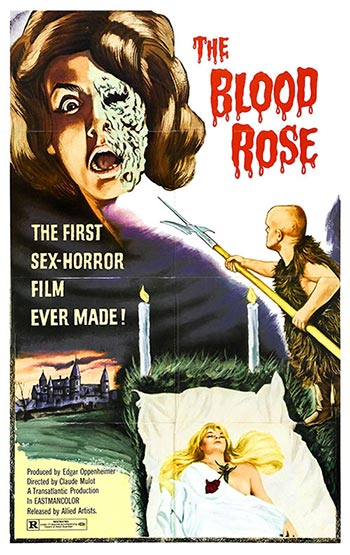 When his new bride’s face is hideously disfigured in a fire, Frederic Lansac, a famous society painter, is determinded to restore her beauty. He seeks out a notorious plastic surgeon who is on the run from the authorities. Using Lansac’s remore castle as a base, the two of the hunt down and imprison a series of young girls. Their skin is to be used in experiments aimed at restoring the face of Lansac’s wife.

An avowed homage to Eyes Without a Face, the film unquestionably creates its own atmosphere and goes in a very different direction from its more famous model. Mulot’s film has great cinematography, an interesting script construction and a very melancholic mood that marks it out from most low budget shockers of the period. Although not a costume piece as such, it is probably closer to the classic Mill of the Stone Women than to Franju’s film.