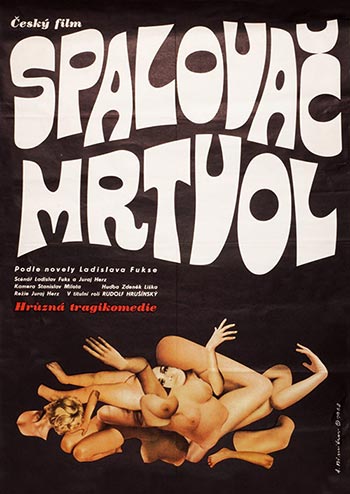 Karl Kopfrkingl (Rudolf Hrusinsky) works at a stately crematorium in Prague. Obsessed with his duties, he believes he is liberating the souls of the departed. With Nazi forces gathering at the Czech border, Karl descends into a mania that allows him to wholly enact his disturbed beliefs. No one is safe from his quest for salvation, not even his own family.

Equal parts black comedy and horror film, The Cremator is a stunning example of the Czech New Wave movement, gliding effortlessly between Surrealism and Expressionism.