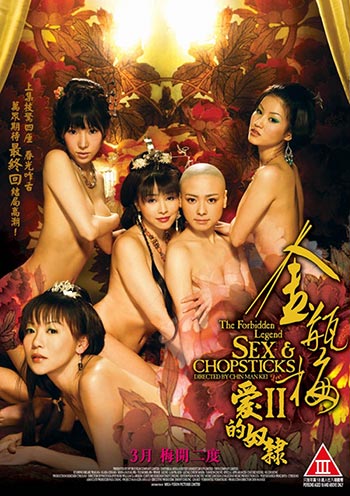 Rich and powerful Simon Qing has been schooled in the ways of sex by his virile father, but is still a virgin. That is, until he meets his first love Violetta who has fun with him all over his father’s estate. Their love does not last, so Simon embarks on a journey. Along the way he meets the comely nun Moon whom Simon deflowers and then marries. He then becomes enamored of Golden Lotus but she is married to dwarf Wu Da-Lang.