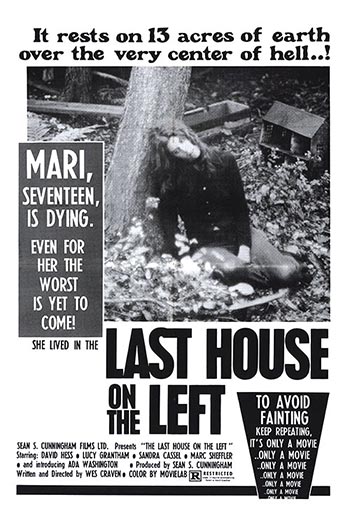 Future Nightmare creator and Scream weaver Wes Craven’s film debut is a primitive little production that rises above its cut-rate production values and hazy, grainy patina via its grimly affecting portrait of human evil infiltrating a middle-class household. The story is adapted from Ingmar Bergman’s The Virgin Spring, but the film has more in common with Sam Peckinpah’s Straw Dogs as it charts the descent of a harmless married couple into methodical killers. A quartet of criminals–a distorted version of the nuclear family–kidnaps a pair of teenage girls and proceeds to ravage, rape, torture, and finally brutally murder them in the woods, unwittingly within walking distance of their rural home. The killers take refuge in the girls’ own home, but when the parents discover just who they are and what they’ve done, they plot violent retribution.

Along with George Romero’s Night of the Living Dead and Tobe Hooper’s Texas Chainsaw Massacre, Craven helped redefine American horror with this debut–all three movies portray modern society crumbling into madness and horror. But, unlike his fellow directors, Craven gives his film an uncomfortable verisimilitude, setting it squarely in the heartland of modern America. While at times it’s awkward and inconsistent, with distracting comic interludes, his handling of the brutal horror scenes is unsettling, and the death of the daughter is an unexpectedly quiet and lyrical moment.