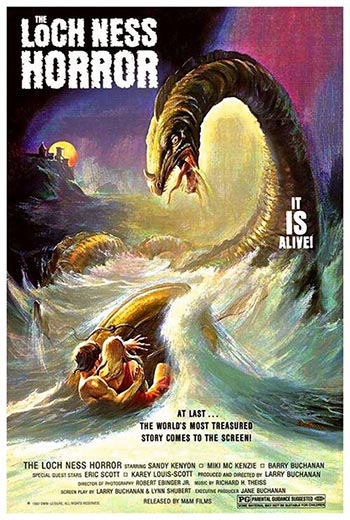 An increasing number of people are dying mysterious deaths in the dark waters of Loch Ness, victims of the famous monster. But what other mysteries does the Loch hold? What about the monster’s egg, and the insane scientist who’ll do anything to exploit it? What secrets does the sunken Nazi plane near the monster’s layer hold, and why will the military do anything to cover it up?