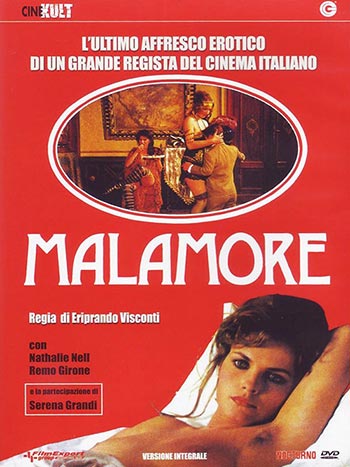 Set in a fictional area in Northern Italy during World War I, this story spins around Marcello (Jimmy Briscoe), a man blessed with the wealth of his landowner parents, but cursed with a “deformity” he cannot alter — he is a dwarf.

His family is ashamed and keeps him secluded, and their feelings pretty much exacerbate Marcello’s loneliness. The unfortunate man is even resented by maimed soldiers returning from the front lines because he is exempt from military service. As though life were not already difficult, Marcello falls in love with María (Nathalie Nell) a prostitute, not knowing that she has a boyfriend, Cesare (Antonio Marsina) who plans on robbing and then killing him. Cesare is supposedly Marcello’s good friend. María predicts Marcello’s danger while doing a reading of her tarot cards, and in the end, she is able to save his life — though at a cost to her own well-being that did not seem to have been in the cards.