The Prince of Terror (1988) Lamberto Bava 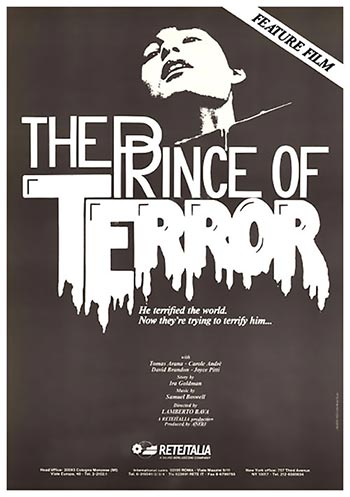 The film tells the story of an infamous Romanian horror director named Vincent Omen, who calls himself The Prince of Terror. During the filming of his latest horror movie Vincent fires his scriptwriter and a former friend, who plans cruel and bloody revenge on Omen and his family. After family’s dinner the blood begins to flow…