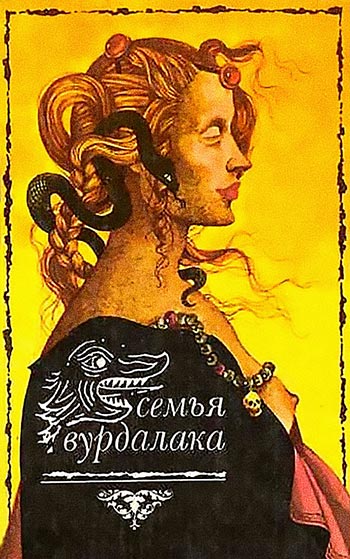 A newspaper sends a young reporter into the Russian countryside to make a nice, sensationalist yarn out of some strange stories going around. Once in the countryside, Igor is accommodated by a peasant family living in the middle of nowhere close to a ruined church. The family is convinced that their dead patriarch will return from the dead as a blood-drinking fiend exactly nine and a half days after his demise.

Only vaguely based on Alexei Tolstoy’s novel ‘Oupyr’ (1841), ‘The Vampire Family’ (Semya vurdalakov) is a mixture of striking dreams, fading reality, and most ingenious psychedelic background music, Artemeyv-style (score by Vladimir Davydenko).