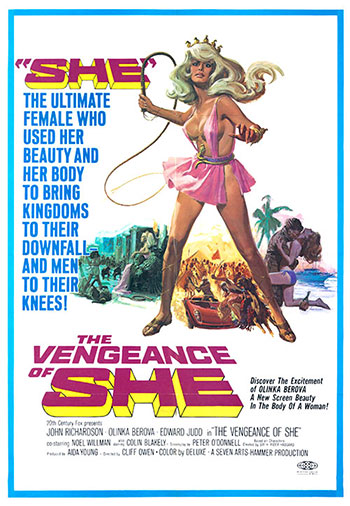 A beautiful young European girl, Carol, is taken over by the spirit of mysterious Ayesha, queen of the lost city of Kuma. Carol is taken to Kuma to succeed the almost-immortal Ayesha as empress of Kuma. The Vengeance of She” is a 1968 Hammer film (British) and is more of a remake than a sequel to Hammer’s 1965 “She” with Ursula Andress.