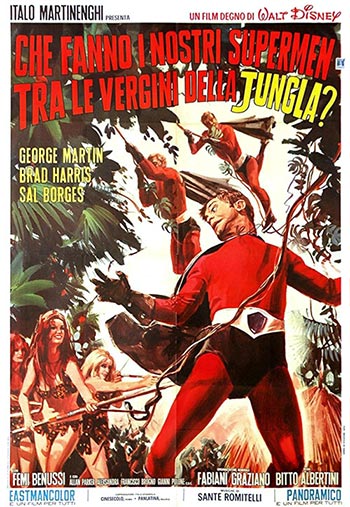 The Supermen this time around are Brad Harris, Sal Borgese and George Martin. On the eve of his marriage, a government agent must rescue the other two supermen from prison and execution in a foreign country. Then all three are sent to get back the lease for a uranium mine from some jungle natives before the Russians can get their hands on it.