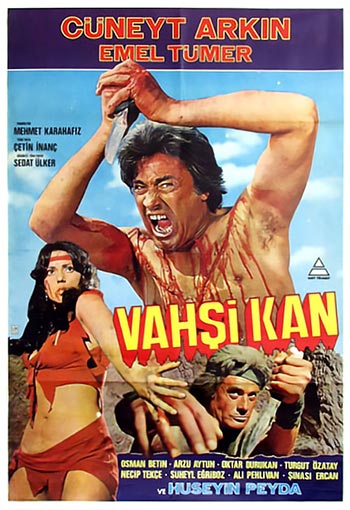 Former war veteran Kan Rambo (Turkish cult cinema legend Cuneyt Arkin) has to fight against an evil gang of bikers when they refuse to let him enter their village and live a peaceful life. Poor Sly Stallone would probably have a stroke if he ever had a chance to view this atrocious, unbelievable piece of trash! Besides the hilarious direction and editing and the destructive sound FX make this an unbelievable viewing experience. Not to mention there is plenty of gore and even a bunch of zombies attacking a young woman (who has the camera placed between her legs while driving her car). VAHSI KAN has no shame when it comes to ripping off Ted Kotcheff’s action blockbuster- they even lifted Jerry Goldsmith’s score!