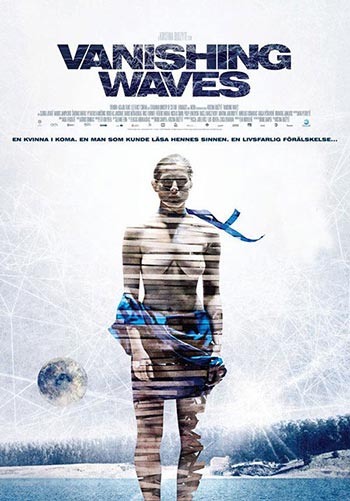 A hypnotic, erotic and riveting film that transcends any perceived limitations of the science fiction genre, VANISHING WAVES is one of 2012’s most provocative international films. Lukas (Marius Jampolskis) is a researcher who volunteers for a sensory deprivation experiment attempting to communicate with Aurora (Jurga Jutaite), a young comatose woman. The experiment takes an unexpected twist when the two meet in their mutually altered forms of consciousness. Soon, their psychic meetings turn into a romantic, sexually charged relationship set against the backdrop of surreal dreamscapes created by their collective minds. To protect their newfound bond, Lukas hides his findings from the researchers. But, will his deception doom their relationship?