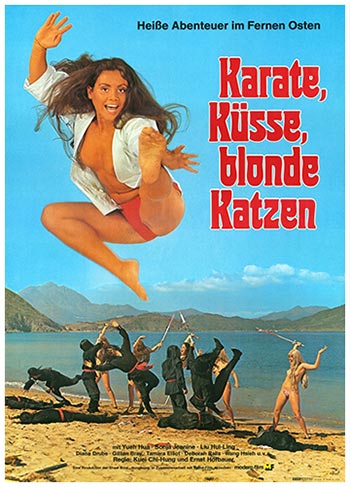 Five Western girls are kidnapped by Chinese pirates and sold to a brothel. While they are being trained to become prostitutes, a couple of local citizens take mercy on them and plots their escape by teaching them kung-fu. The five scantily-clad girls, using their newfound martial arts skills then fight their way to freedom.

This movie rocks. Very attractive 70’s chicks fight it out against evil chinese guys. This movie is highly entertaining and makes little sense. The german director was also responsible for most parts of the infamous german sexploitation series SCHULMAEDCHEN REPORT, aka SCHOOL GIRL REPORTS in the early till late 70’s.