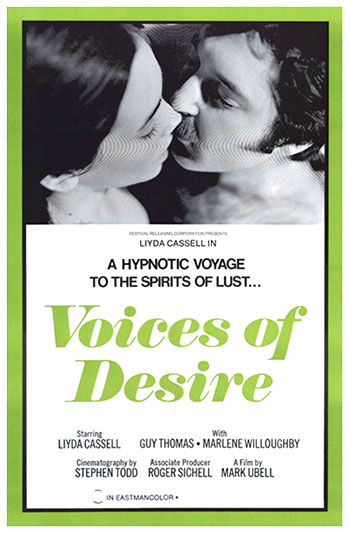 A girl named “Anna” picks up a pay phone in New York City and hears strange voices. Seemingly hypnotized by the voices, she engages in bizarre sexual fantasies that at some point cross over into reality. This is not as good as “Repulsion”, of course, nor as serious and depressing as “Deranged”, but it’s certainly more interesting than your usual softcore sex fodder. There’s some voice-over, but very little dialogue. And Vincent plays interesting music (including some classical pieces) over the sex scenes, so you don’t have to listen to the characters moan and grunt or endure the usual waa-waa porn music.